New Year . . . New start?
Good will . . . Will power?
With all the will in the world, what difference do your New Year’s Resolutions really make to your intentions, YOUR longing to change?

Some will start this New Year afresh with such a different outlook:  It was a privilege to assist a few – whose lives had come to a standstill – to discover and release what had shackled their lives and invaded their homes.  As with many addicts, and most compulsive hoarders, they do not recognise the size of their issue, while their families simply can’t stand it any longer. After seeing the first series of “The Hoarder Next Door”, family members contacted Channel 4 to seek help. 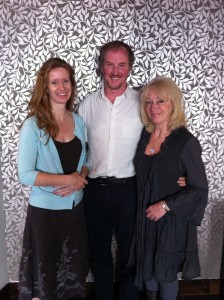 Lisa with Greg and Judith

‘Brief therapy’ is a term used for the type of therapy I deliver because of its depth and speed, and Brief therapy was exactly what was needed here.  Given just 6 weeks to affect a significant change in the life and homes of 10 more ‘Hoarders Next Door’, Birmingham Psychotherapist, Stelios Kiosses, undertook the second series, overseeing their emotional and practical needs to identify and bring about not just the physical, but firstly the internal de-cluttering of the mind and emotions.  I was invited to work with some of these clients and was main off-screen therapist for both clients Pauline and Greg on the first episode, alias the “Christmas Special”.

We often find many addictive behaviours come from a deep seated trauma that has been covered over for years.  To help clients understand why such behaviours happen, I explain that “Emotions buried alive never die”.  In last month’s article we identified that such addictive or compulsive behaviours (the symptoms) are not stopped by consciously or physically addressing the issue/symptoms.  Rather we need to identify the emotional driver, often a fear, born from an earlier trauma, and assist the client to work through and clear it once and for all, which we can usually achieve in 1-3 sessions.

The Human Givens approach uses the “APET Model*” to explain the science of how the brain can react when a trauma is experienced and emotions are not fully resolved.  It stores it in memory as an early warning system.  Then, when a situation occurs in the present, the mind scans for danger, and, if a similar unresolved situation is found in the memory banks, an alert goes off and all those suppressed emotions from a similar previous situation come flooding, like escaped prisoners, into the present. 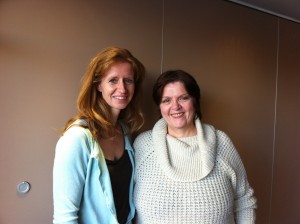 Pauline was nearly at the end of being filmed when I was called in because she was stuck and refusing to let her clutter go – unable and unwilling to throw multitudes of out of date tins of food (and much more). It was easy to use the APET model to track her emotional reasoning – coming from a war-time vow of survival to herself that “I will never let myself run out”.  However, with filming nearly at an end, I chose to leave that issue, to deal with more deeply poignant emotional baggage from her life-long string of family deaths and personal tragedies. You will see the difference on screen – the sparkle and lightness in Pauline after our therapy session when she left feeling “Free-er and Lighter now.  I feel I can take on the world!  It’s easier to let go now.  It’s just one thing at a time.  I’m sparkling!”  And at the end of her de-cluttering Pauline shared enthusiastically “I have the space to walk around and do things in my own house now! My grandchildren who weren’t allowed to come before have come twice and there’s space for them to play.  I am not sitting winging all the time.  I feel so different about my own kids – I now need to just tell them and show them that I love them.  Although life is just the same, my brain is just translating things differently now!”

To see the before and after results of such work, Lisa is main off-screen therapist for  Pauline and Greg on the Christmas Speical episode of “The Hoarder Next Door”.  This can be viewed via ‘Channel 4 on Demand’ for a couple of weeks, or longer if you sign up.

Video Testimonials of ex-Hoarders Pauline and Greg talking to Therapist, Lisa McCorrie, about the difference therapy has made to their every day live

Training weekend: to either experience the effectiveness of this work for yourself, or to learn the Rapid Relief techniques used with Greg and Pauline, the next training weekend is 9-10 March in Birmingham. Contact Lisa for more details.

*For an explanation of the APET model read “Freedom from Addiction” or “Human Givens: A new approach to emotional health and clear thinking” all by Joe Griffin & Ivan Tyrrell