A stand alone article on what can cause hoarding and other similar addictive or compulsive behaviours. Taken from a magazine series by Lisa called “From the Diary of a Natural Therapist”.  Watch out for Article No.1 being posted here soon.

Under Clinical Director, Stelios Kiosses, Lisa has been working with some clients whose addictions got the better of them. You can see the consequences of this, but also the life changing turnarounds, in Channel 4’s TV Documentary “The Hoarder Next Door” (episode 1 starts Friday 21st December at 9 pm).

Life deals us blows, and while it is easy to blame the situation that hit us, it is not the blows themselves that can make or break us, but rather the attitude we have to dealing with them. We all know examples of those that rise to the challenge and those that become victims of circumstance.

I see a pattern with those that have not coped: when prolonged emotional pain has been present. If a healthy coping strategy has not been found or learned over time, then an unhealthy way of relieving the pain is often adopted out of desperation; a feel good factor to mask an emotional agony. The things that people use to appease their deep pain are numerous and varied… and I find a common factor – the unhealthy pain reliever comes from outside of them (a substance, a project, a relationship). When this false pain relief is taken so regularly that it becomes a substitution for resolving the difficulty, then this can become an addiction. 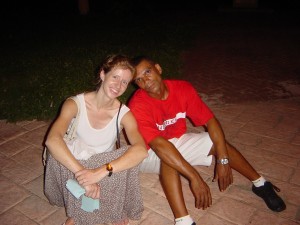 Whether alcohol or computers, gambling or clutter – focussing on, or trying to stop the addictive behaviour (the pain reliever of choice!) that the sufferer is consumed by, is just not the answer. They have simply found longed for (emotional) pain relief. It is the cause, not the symptom, that will be the key to identifying and subsequently releasing them from the emotional pain, and hence the consuming addictive behaviour. The alcoholic cannot stop the urge to drink; the compulsive eater cannot lose the weight; the hoarder cannot start de-cluttering if the pain they are trying to mask is still screaming at, or hidden deep inside of them. We need to work and clear from the inside out.

The root of addictive behaviour is so often a trauma or significant emotional event that was buried or just too big to handle. We can often discover the root cause by simply asking 1. When did the addictive behaviour first start? 2. What was the biggest emotional event in their life at that time (or within the previous 6 months)? Bingo! We now have the issue to bring to therapy. And with tools like Human Givens and Journey work you will see, from the TV Documentary, just how rapidly the addictive behaviour drops away when the trauma or buried emotional issue has been cleared.
Be aware, most addictive behaviours start innocently, because it is something that is not a problem in moderation. But beware when you see it absorbing their time; replacing their normal activities; becoming excessive and being strongly defended. The addict is usually the last to realise they have a problem . . . Can you help someone identify when they might have masked an emotional pain with an addictive behaviour, and encourage them to seek help before they are too hooked?